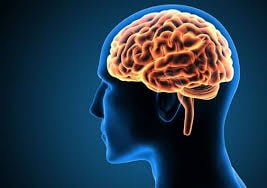 One of the least understood and most valuable entities in the universe is the three-pound electro-chemical tangle of nerve cells known as the human brain.

Consisting of some 100 billion neurons and another trillion support cells, the brain is in essence a massive compound command center housed in an unbelievably small space. The elegance of its design and the flexibility of its capacities surely deserve our deepest awe. This device, which each of us is given at birth, must certainly rank as a premier wonder of the world.

Capable of virtually any task of analysis, interpretation, or computation, the brain (according to some) is severely under-utilized. Estimates range from one to ten percent use, leaving 90 to 99 percent untapped. How these figures are arrived at I have no idea, and personally am skeptical of their accuracy. But maybe that’s because I haven’t thought about the question hard enough…

For thousands of years folks incorrectly attributed the source of emotions to the human heart. Now we know that feelings, too, originate in the brain. This fact, of course, does little to console us in times of grief; but to be technically correct, we should refer to ourselves as broken-brained instead of broken-hearted, and, I suppose, describe cases of unmasked emotionality as “wearing one’s brain on one’s sleeve.”

Thanks to brains, we can talk and draw and cipher and compute; we can design and build everything from skyscrapers to smart phones to remote car starters; we can store emotions and insights and recollections over scores of years and retrieve them at will; and we can ponder.

This latter capability is what gives us access to an awareness of the sacredness of life and of the larger universe to which we belong. It is our main connection to the divine. Those who belittle our human ability to think (on the grounds that it leads to egotism and a sense of godlessness) have it all wrong. The cosmos is all of a piece; the more we think, the more we can understand; the more we understand, the deeper our sense of reverence and awe. As Loren Eiseley put it, “God asks nothing of the highest soul but attention.”

Where we bearers of big brains go wrong is by not using what we’ve been given. I think it is true that most of our errors grow from uncultivated soil, either because we do not think through the potential consequences of our actions or because we deliberately dim our mental lights through alcohol, drugs, overeating, or pure blind sloth.

The bittersweet fact is that this awesome organ grows through use—and only through use—and shrivels and decays when not employed. What we have is a clear case of use it or lose it, utterly independent of age, gender, race, religion, or coffee-brand preference.

Which leads me to think that some very good advice could be encapsulated in two words: use it.