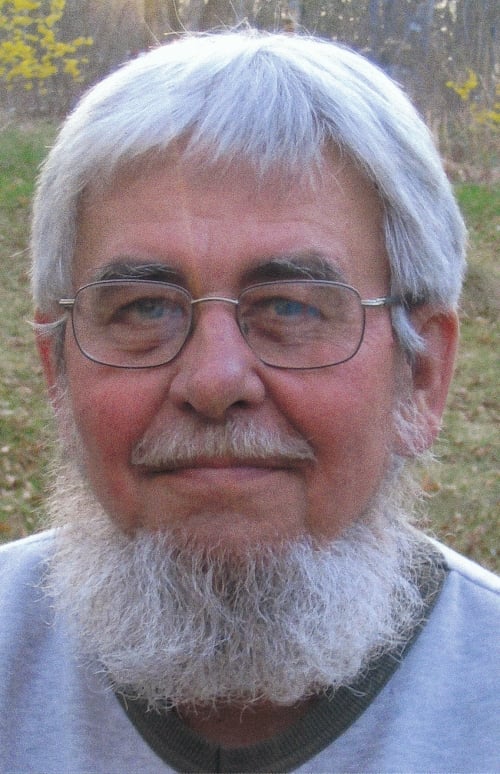 I was born in Chicago, Illinois, and started writing in first grade, at least on a limited basis. After mastering the rudiments of cursive penmanship, I commenced to produce a four-page booklet, complete with crayoned cover, titled My Childhood. In subsequent years, with the encouragement of several kind and caring teachers, I learned more about the fine art of sentence construction and began honing my skills as a storyteller.

At St. Olaf College, together with my dear friend Daniel Wee, I co-edited the student newspaper, The Manitou Messenger (commonly known as The Mess), and grew accustomed to working under the recurrent pressure of deadlines.

Following graduation I made a living writing children’s stories, many of them published in various church magazines. I also wrote a series of nonfiction articles about the environment that won a commendation from the U.S. Department of the Interior.

In 1972 I was hired to start a weekly newspaper, The Country Echo, which I later purchased and published for several years before selling it and turning my hand to building things of stone.

Since 1981 I’ve written a biweekly column for the Echo titled “The Cracker Barrel.” Two collections of this work have appeared in book form: A Place Called Home and A Sense of Wonder. I’ve also published short stories in several literary magazines, a coming-of-age novel titled Fred’s Way, and a memoir, Looking Back—A 1950s Boyhood.

I live in the woods near Pequot Lakes, Minnesota, with my wife, Claire, and spend my free time reading, belatedly learning to cook, working on the homestead, traveling with friends, and having fun with our beloved grandkids.