A Sense Of Wonder

A Sense of Wonder 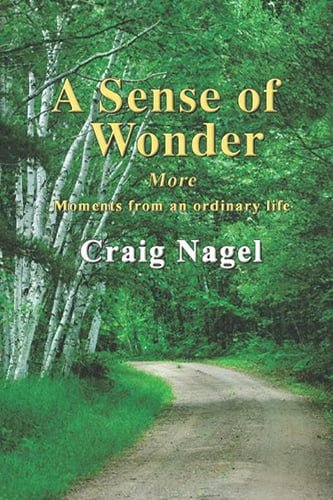 Kids come by it naturally. A stone, a leaf, a snowflake—any object, no matter how ordinary, can be transformed by the mind of a child into something special and full of mystery. Seen this way, the world teems with wonder and delight.

Older, wiser (?) adults look upon the newly bored and shake their heads. Tsk, tsk. What’s the matter with them younguns? Wastin’ good money on some new computer thing when they oughtta be puttin’ it toward somethin’ sensible. A refrigerator, maybe, or some life insurance.

* * * *
Story: A man took his new hunting dog out on a trial hunt. Presently he shot a duck that fell into the lake. The dog walked over the water, picked up the duck, and walked back to his master, laying the duck at his feet. The man was flabbergasted. He shot another duck. Once again the dog walked over the water and retrieved the duck.
Hardly able to believe what he had seen, the man returned home and called a friend, inviting him to go out for a shoot on the following day. Once again, each time he or his companion hit a bird, the dog would walk over the water and bring the bird in. The man said nothing. Neither did his companion. Finally, unable to contain himself any longer, the hunter blurted out, “Do you notice anything strange about that dog?”
The neighbor rubbed his chin thoughtfully. “Yeah,” he finally said. “Come to think of it, I do. The son of a gun can’t swim.”

* * * *
How do we lose the sense of wonder?
We humans are social critters. We are influenced, far more than we think, by the people around us. Others essentially tell us who we are and how to think. In the animal kingdom, the rule is to eat or be eaten; for homo sapiens, it’s define or be defined. Children, especially, are susceptible to this process of definition. Sadly, it too often includes a loss of wonder.
But wonder is the wellspring of true spirituality, true thankfulness. Filled with wonder, we have no time for feeling bored. The world is a treasure-house of miracles. A lifetime is not long enough to explore more than a fraction of them.

Those who have lost the sense of wonder see the world as flawed, and allow the imperfections to blind them to the larger joys and marvels that everywhere abound. Like the hunter’s neighbor, they focus on the “can’ts.”

If we could recapture for a single day the vision of childhood and see for that day what a child sees—the undefiled, undefined miracle of a particular pebble, the delicate perfection of a single leaf, the jewel-like shimmer of a sun-touched snowflake—I suspect we’d be forever grateful, and profoundly glad to be alive.

Which is what we should be.