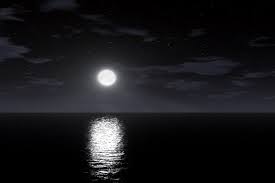 The other day a friend called to tell us of the death of a mutual acquaintance, and that night I had difficulty sleeping. Over the past year a number of close friends have passed away, and each time my mind rebels at accepting the fact of their disappearance.

This prospect of oblivion is, I think, the one aspect of living that unnerves me most. I understand that in the end we each succumb, and that pain or decay or the loss of dignity may undo even the strongest will to live. But the thought of simply fading to nothing, of all memory of your existence eventually being sponged from the record, I find intolerable. While it’s true that each of us lives on past our own death in the hearts and minds of others, there comes a point where they, too, are gone. And then–what?

For those of us who have children I suppose it can be argued that we live on in the gradually diluted form of our genetic seed, the details of our heritage affecting progeny down the line for several generations. The grandchild inherits grandpa’s brown eyes or mechanical ability, the great-grandchild grandma’s musical gifts or ready laughter. But even here there comes a time when such characteristics fade into obscurity, since there’s no abiding witness left to point them out. And then–what?

We ride the surge of life like rafters floating down a river. At this turn some fall off; at the next, a handful more. Meanwhile new occupants of the raft are being born and growing stronger, ready to take a turn at the paddles. But not one knows where the river might be going; not one knows with certainty the purpose of the trip. Many speculate, weaving theories of eventual salvation or repeated lifetimes of spiritual evolution or the simple acceptance of oblivion. But who can know, beforehand, what happens after death?

This much is true–that we’re alive, that we’re aware of being so, that we can forecast with confidence our own eventual demise. From these facts we might postulate a few suggestions. Stay alert. Pay attention. Be kind to fellow rafters. Enjoy the ride. Beyond that–what?

In the middle of the night what comes to mind is the notion of making notes about the trip, and maybe playing a few games to occupy the time. Here personality comes to the fore. Some are by nature inclined to focus on the games; social, financial, sexual, political, even philosophical. Others, like myself, are drawn toward the notes; literary, musical, religious, artistic, scientific. Are the notes of more importance than the games?  I doubt it. In the end we’re all reduced to dust, our elements ready for reuse in other forms.

And perhaps it’s here that solace resides. We are, in truth, mere brief amalgams of atoms and molecules, mysteriously assembled from the elements that constitute planet Earth and the rest of the universe. Our parents couple, sperm joins egg, and nine months later we emerge into the light, to live out our days as life courses onward, aware as we grow conscious that our days upon the raft are finite, and that in time we will be disassembled back into our constituent parts, ready for reassembly. And then–what?

As Ted Geisel, writing as Dr. Suess, once said, “Don’t cry because it’s over. Smile because it happened.”