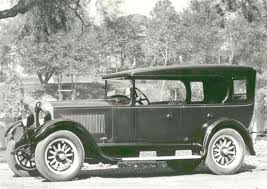 Some months ago grandson Jack, then 7, asked me to tell him something about “the old days.” When I asked him what he meant by that, he said, “You know. Something old-fashioned. When things were different than they are now.”

Casting about for a recollection that might fit the bill, I hit upon the winter a friend and I spent horse logging, cutting firewood off a Potlatch permit and skidding the trees with a horse named Maude, a Belgian mare that weighed some 1500 pounds. Jack listened, spellbound, as I described the snarl of the chainsaws and the quiet when we turned them off, followed by the squeak and clank of the harness and the swish of trees sliding through snow and the huff of Maude’s breath as plumes of white fog issued from her nostrils into the below-zero air.

When I was done, Jack sighed. “Why do people keep changing things?” he asked. “Why can’t they leave things alone. Don’t they know we want history?”

I started to explain that history happend no matter how things were done, but then I gave up and agreed with him. There are things that occur along the path of one’s life that bring particular satisfaction, and sometimes you don’t even recognize them till they’re gone.

I recall, for instance, the old Studebaker touring car our next-door neighbors owned when I was a kid. It had wooden-spoked wheels and side curtains instead of regular windows and riding in it was a guaranteed adventure.

And the old wooden rowboat we used to go fishing in. How you had to drag it to the lake each spring and let it sink into the water till the wood swelled up enough to close the cracks, and how you sometimes had to jam a whittled chunk of tree-branch the size of a golf-pencil into the hole where a screw had popped out.

I remember hearing from a neighbor several years ago how he and his schoolmates popped corn on the little potbellied stove inside the enclosed horse-drawn sled that took them to school in the winter, and how the driver urged them all to grow popcorn in the summer so they’d have plenty to last through the cold months.

And the friend north of town who tells of bringing his first shotgun to school to show it off, and how the principal kept the shells in his desk while school was in session and gave them back at day’s end so my friend could hunt grouse on his walk home.

Now I have long believed that when we refer to “the good old days,” we’re mainly talking about stuff that happened when we ourselves were kids, and when our lives were naturally much simpler. But life in general was no doubt simpler, too. If you doubt that, lift the hood of your car and check out what’s under there. Not many years ago, you saw an engine, a battery, a radiator, an air filter, and some wires. If something went wrong, you had at least a fighting chance to figure it out and correct it. But no more.

So what to do? I suspect the only hope is to embrace things as they are, and find ways to celebrate the present. Who knows? Maybe someday we’ll look back with fondness at such things as our computers and DVDs and remote car starters. In the meantime we can stir up adventure wherever we choose, and store away joyful memories in spite of all the changes. Jack’s right: we all want history. But making it memorable is up to each of us.