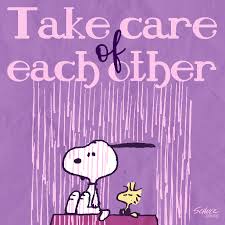 In Chad Harbach’s superb novel The Art of Fielding, in a burial scene near the end of the book, one of the characters says of her dead father, “You told me once that a soul isn’t something a person is born with but something that must be built, by effort and error, study and love.”

This thought, of course, runs contrary to our normal way of looking at things. The generally accepted notion is that we each receive a soul at birth. Either way, it seems clear that the way we proceed to live our lives has a lot to do with the sort of soul we end up having.

We’ve all known people who seem hell-bent on getting rich. If the admonitions in the Bible about the love of money are accurate, such folks may end up arriving at both destinations.

Others, it’s clear, crave power or popularity, and appear willing to trade their integrity and self-respect in exchange for achieving an elevated place in the human pecking order, brushing aside all hard-won warnings about it being lonely at the top.

And surely it’s true that most of us, most of the time, just want to fit in, get along, and not make waves. We may dream of winning the lottery, being picked for a bit part in the next Coen brothers’ movie, or someday competing on Dancing With the Stars, but deep in our hearts we know the odds all but forbid such things happening.

Which, I submit, is as it should be. Life’s really not about making oodles of money, or being idolized, or winning renown for one’s smooth moves. It’s about loving one another and being there for one another when it counts.

Reared as we are in a culture that touts competition over cooperation and values the size of one’s achievement over the quality of one’s acts, it’s no wonder we sometimes lose our bearings and wander astray. But as soon as trouble strikes, we’re hauled back to reality and see things for what they are. A heart attack, a car crash, the loss of a job, a troubled marriage, a kid on drugs—pick your affliction. When hard times come, illusions evaporate and the ancient truths reappear.

The simple fact is that we’re very much alone in a very large universe. And there is no particular reason for that great big universe to care what befalls us.  As Stephen Crane observed, “The man said to the Universe, ‘Sir, I exist,’ and the Universe replied, ‘Yes, but that does not create in me a sense of obligation.’”

It’s up to each of us to make sense of our lives and to try to fit ourselves into some sort of satisfying framework. We are free to adopt the forms that others have already constructed, whether religious or philosophical or social, but the task of choosing what fits is up to us. Alone among the observable species, ours is the one that makes meaning.  It’s in this fashion that we nurture our souls.